Amongst all the romanticised Christmas films drenched in sparkling lights and cheer is a plethora of gritty horrors ready to pack in some festive dread.

Christmas films have a deep rooted history within ominous themes; one of the most universally celebrated holiday stories is Charles Dickens ‘A Christmas Carol, with ghosts and hauntingly dark scenarios creeping up in every scene. Therefore, it’s only right that horror and Christmas have continued their entwining to create one of the most entertaining and uniquely thrilling sub genres ever created.

With Christmas horror being such a niche corner in a brimming market it can be a task to comb through dozens upon dozens of films to find the best of the bunch. However, with it being the season of giving, we’ve compiled a complete watchlist filled with evil Santa’s, bloody snow, and children who will definitely be on the naughty list. 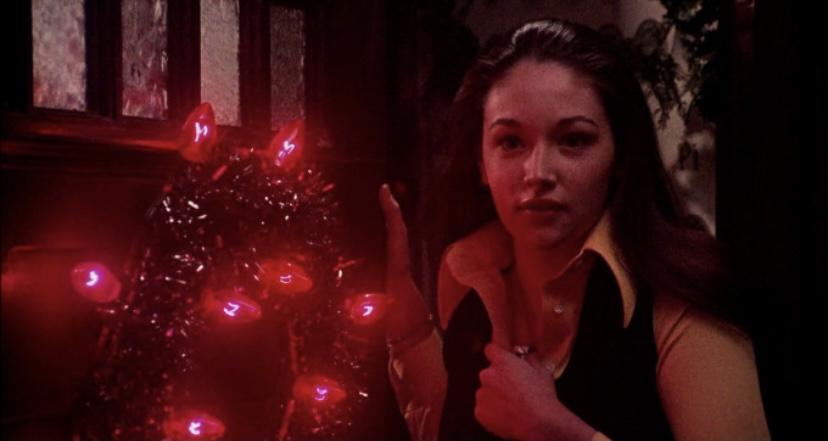 On the night of their Christmas party a group of sorority sisters are tormented by a series of horridly vicious phone calls by an unknown assailant. There are many factors that make Black Christmas a fantastic film including brutal kills, a wide mix of characters and a cunningly sneaky ending. But the most harrowing moment will always be those chilling phone calls that will linger with you long after watching.

This is arguably one of the most well regarded horrors on this list, with the film spanning two remakes, as well receiving both cult and critical acclaim. This classic has been thought to have been the primary catalyst in kickstarting the slasher film, with rumours circulating that John Carpenter’s Halloween (1978) was inspired by Clark’s relentlessly horrifying efforts.

Angela (Rachel Nichols) is a dedicated career driven woman, but due to her habit of working late she is left stranded in a desolate parking lot on Christmas Eve, with a slightly unstable security guard. The age old ‘cat and mouse’ chase is one that will not grow old, of course there are examples that have fallen into the same old trap, but P2 defies stereotypes by amplifying the tension to the extreme. Angela plays a ferocious young woman who does not trample around aimlessly. Instead we see her in a bloody battle where she relentlessly fights with every effort. P2 is definitely a thrilling ride throughout that will not leave you growing tired, not even once. 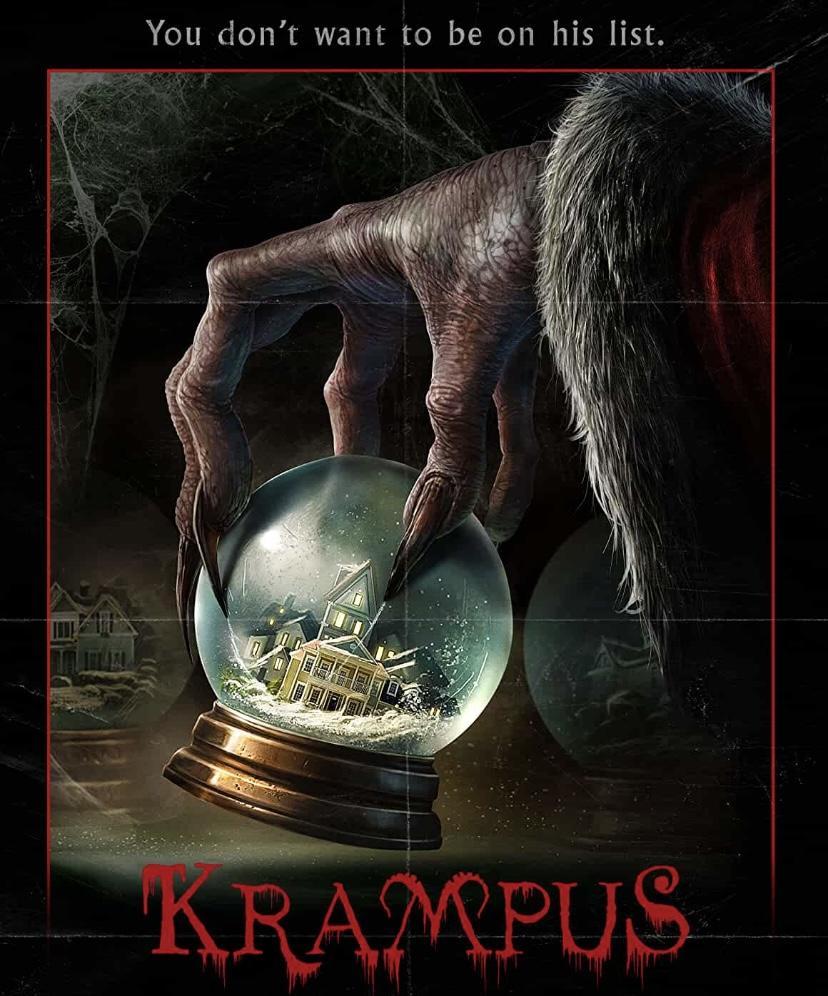 Krampus follows Max (Emjay Anthony), a hopeful young boy who’s only Christmas wish is to have a happy holiday without his dysfunctional family arguing. However, when the tension meets its boiling point Max rips up his letter to Santa and unknowingly summons the demonic Krampus. The blizzard setting combined with the threat of an evil anthropomorphic creature creates a tenaciously claustrophobic environment that firmly cements a sense of fear amongst the viewer. However, underneath all the eerie chaos is a comically absurd undertone that makes light hearted fun of itself, making Krampus an all around entertaining Christmas watch. 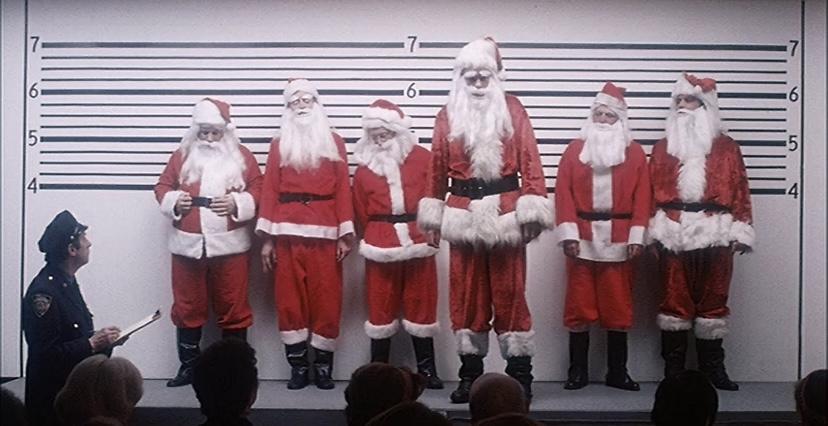 When Harry (Brandon Maggart) was younger he traumatically learnt that Santa was not real, he then takes it upon himself to take on the big role. However, he is met with ridicule and judgement, causing him to go on a rampant killing spree. Christmas Evil does not abandon the plot to focus on the bloodshed. Jackson takes time during the first act to keenly show how Harry’s innocence was destroyed, and then how his turbulent adult life is utterly disturbed and slightly immorally creepy, as he spies on children to decide if they are on his ‘naughty or nice’ list. Since it’s release, the film has become a cult classic, with the tragic tale of Harry’s descent coming across as both sympathetic and unhinged at the same time.

The Milgram’s family Christmas takes a sinister turn when they find themselves trapped in their house by a mysterious force. Sci-fi horror is a difficult topic to get right even at the best of times, but when Christmas is thrown into the mix it would be easy for the film to be a convoluted mess. Yet, Kevorkian delivers a tense ride that twists the audience’s perception on who, or even what to believe. Await Further Instructions is similar to a wild episode of The Twilight Zone where we are compelled right through to the cryptic ending. 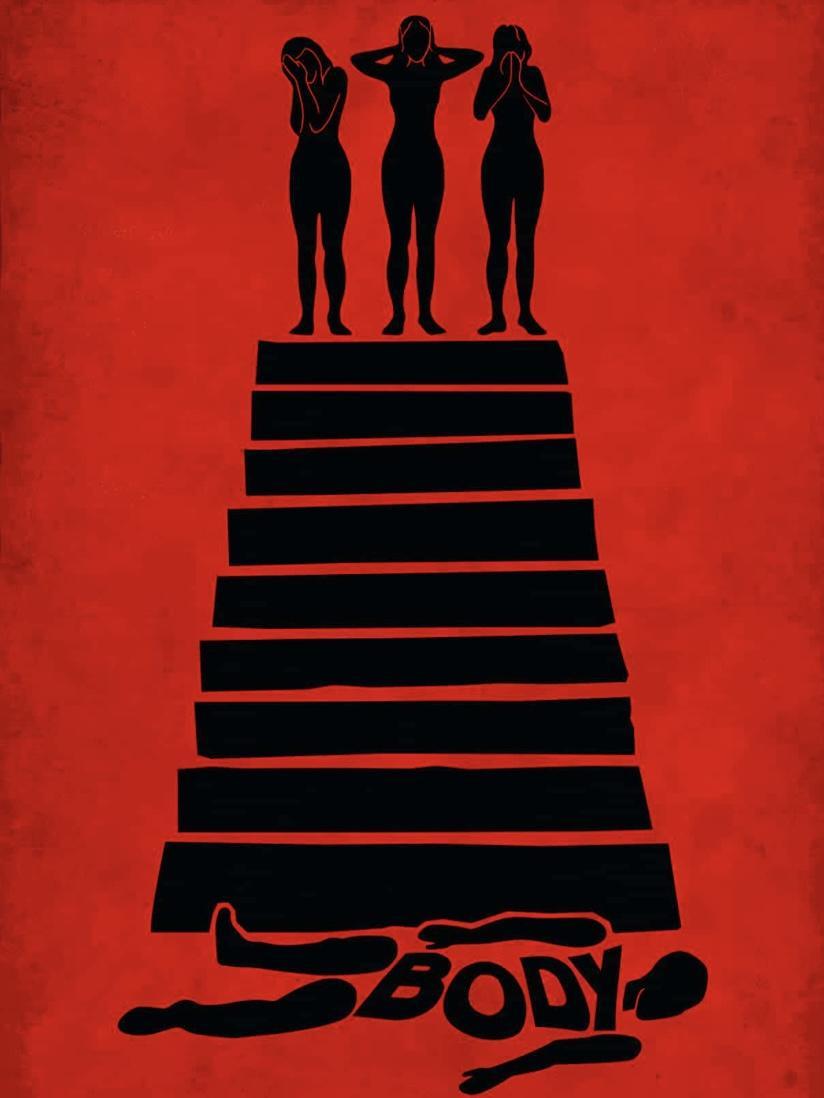 Cali (Alexandra Turshen), Holly (Helen Rogers) and Mel (Lauren Molina) break into a seemingly unoccupied house on Christmas Eve in search of a thrilling festive night of partying. Body is somewhat predictable, with each twist being rather clear. Yet, the execution and build up throughout is ultimately tense and at times confrontational. The situation that the women find themselves in is positively nightmarish and morbidly riveting. Body is a cautionary tale that tiptoes into problematic relevant issues. 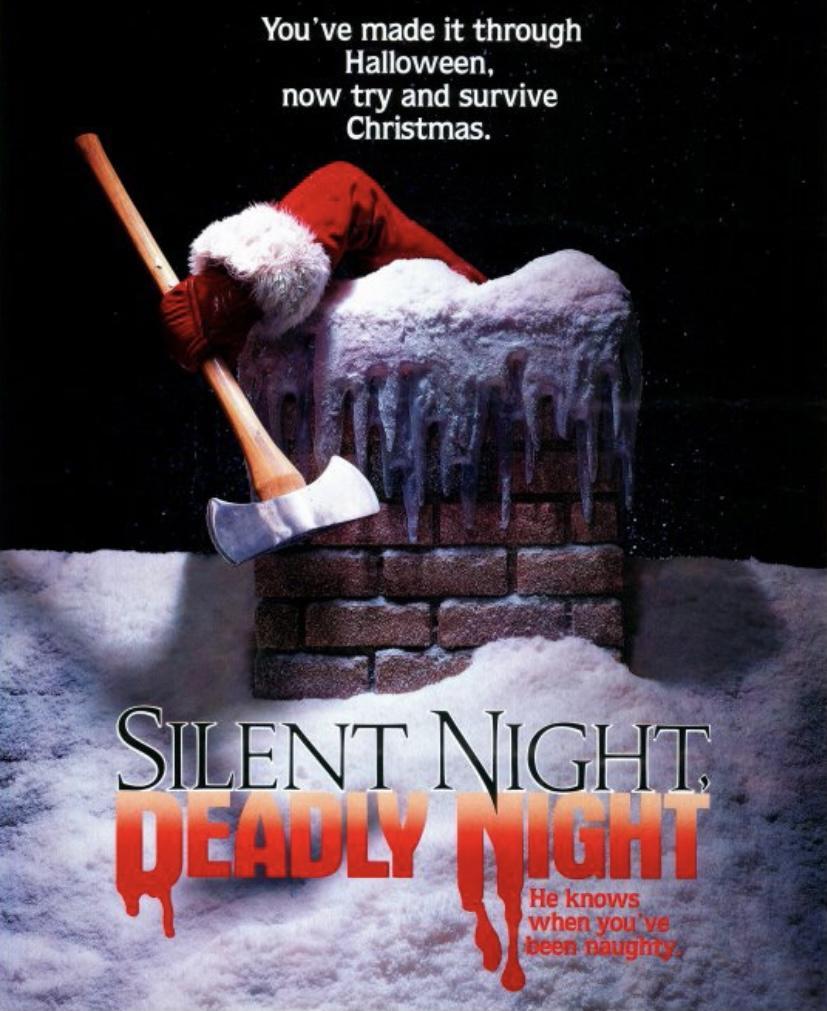 After a young boy witnesses his parents murder by an anonymous man wearing a Santa suit, he is sent to an orphanage where his caregivers abuse him. But, later on in life he finds himself in a Santa suit. And it’s this trigger that lets years of pent up aggression rage outwards as he goes on a Yuletide killing spree. Although it may sound like a play-by-play slasher Silent Night, Deadly Night caused uproar, with many campaigns blasting its reputation as being traumatising for children, due to the poster displaying an axe wielding Santa. However, the film’s controversial reputation eventually wore off, with it eventually spanning an entire franchise featuring six films. 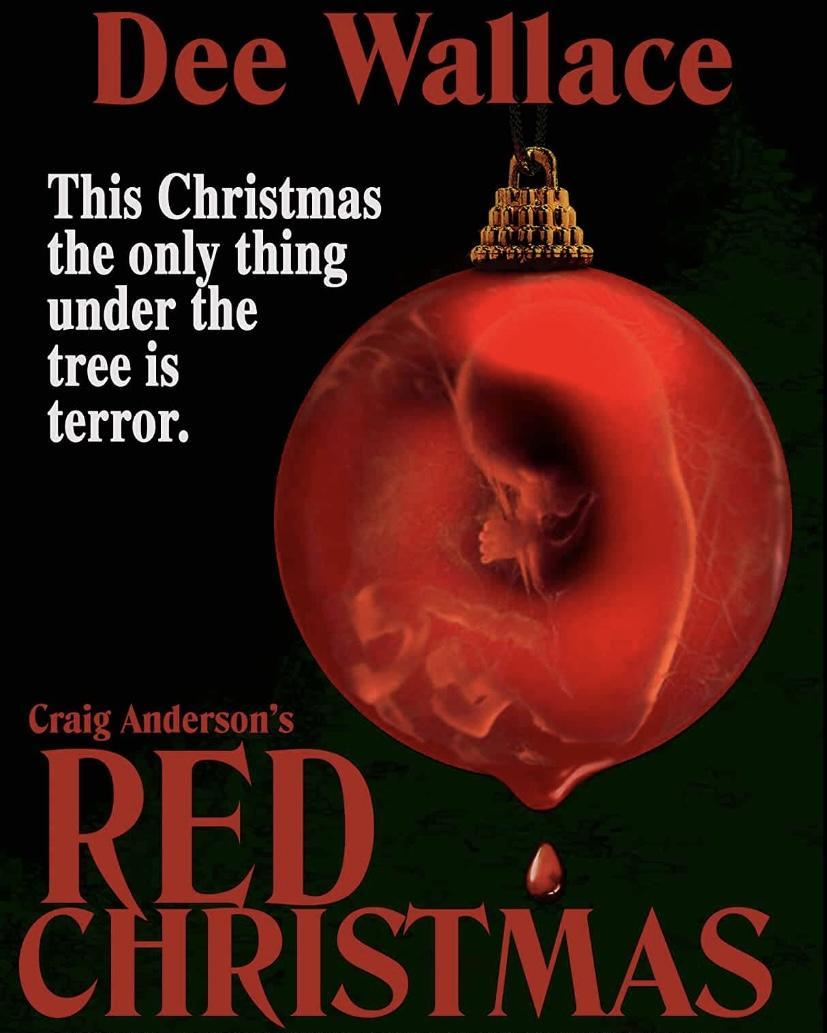 Red Christmas follows a mother’s battle to protect her family after a mysterious stranger takes them down one-by-one. The film stars Dee Wallace in the role of Dianne, the matriarch of the family. Horror fans will recognise Wallace due to her roles in The Hills Have Eyes (1977), The Howling (1981), Cujo (1983) and Critters (1986). Red Christmas captures its sleek look via the vivaciously vibrant lighting that features heavily in the second half, lighting up the scene like a Christmas tree. This independent Australian horror takes the home invasion label and twists it to create a bloody holly jolly story, filled with some of the most barbaric kills. 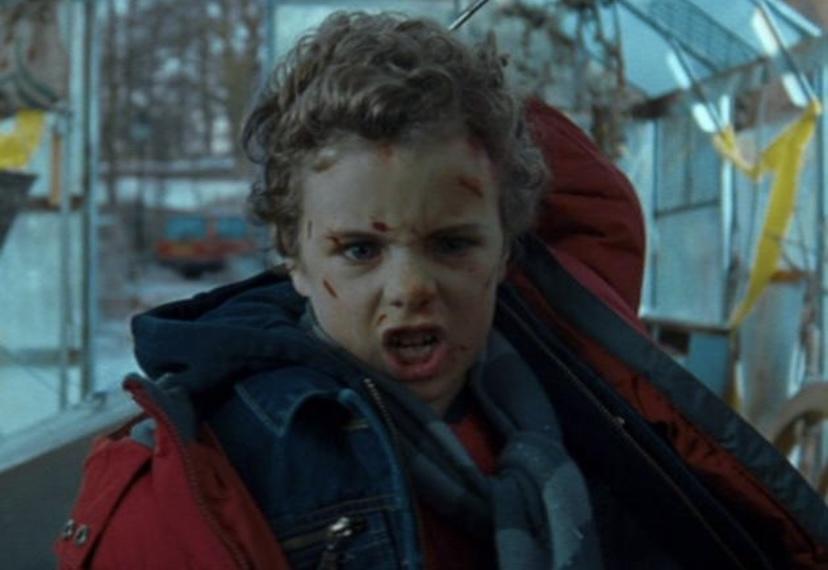 A mysterious virus causes a group of young children to violently turn on their parents. This British horror has grown in popularity over the years, however it is nowhere near as acclaimed as it should be. The Children features possibly one of the most juxtaposed villains of all time, Children. The film narrowly questions the judgement of the protagonists, through forcing them to commit taboo violent acts against ‘the innocent’; of course it’s in the name of self defence, but there is still something heinous about small children being the aggressor that disturbs the viewer. Amongst the chaos is an unsettling vibe that is established from the outset, due to the bleak atmosphere airing a sense of tension throughout. 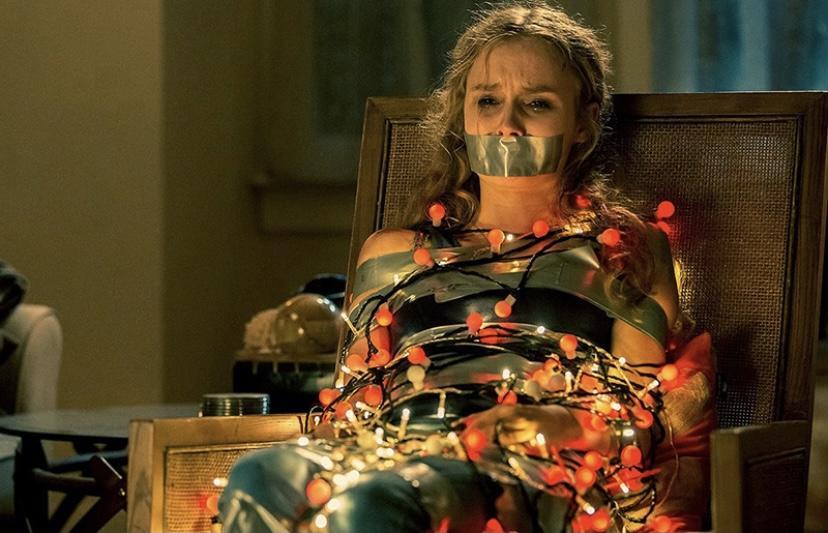 Better Watch Out follows Ashley (Olivia DeJonge) who must survive the night whilst protecting a twelve-year-old boy she’s babysitting from intruders.
Throughout the film there are stellar performances by both DeJonge and her co-star Levi Miller. DeJonge realistically portrays a teenage girl who is involved in the usual love triangles and family dramas, and Miller eerily gives a stellar performance as a young adolescent with a hidden motive.
This film is too easy to spoil, so the less that’s said the better. 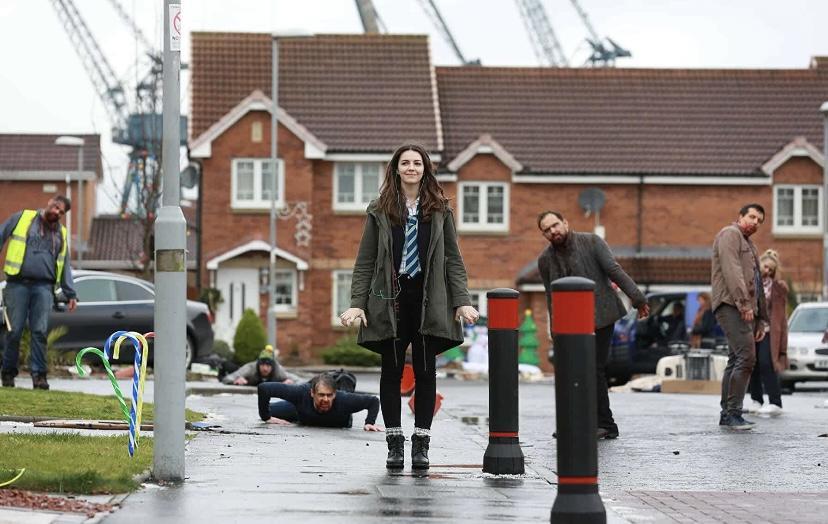 Christmas, zombies, musicals what’s more to like? Anna and the Apocalypse is a genre bending horror that is based on writer Ryan McHenry’s BAFTA nominated short ‘Zombie Musical’ (2010). The film follows Anna (Ella Hunt) and her friends as they battle for survival after zombies flood the small town of Little Haven. The undeniable charm of this catchy musical latches onto viewers, all the whilst packing in some gruesome looking zombies and plenty of jokes throughout. The best way to describe this amalgamation of a movie is if Shaun of the Dead (2004) merged with High School Musical (2006). 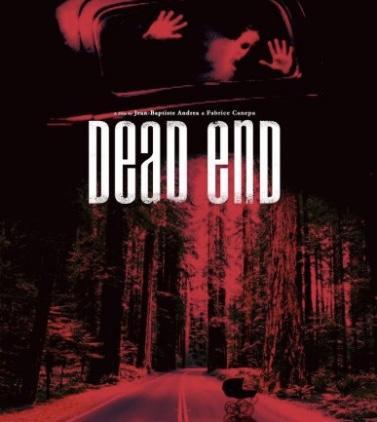 Dead End follows the Harrington family as they take a short cut on a long tedious drive to celebrate Christmas. The film is a purposefully discombobulated trip of a story, there is no opportunity to relax and enjoy, as the existential dread and alarming situations startle the viewer at every given chance. Both Lin Shaye and Ray Wise take on the role as a couple in dispute impeccably well, with their brewing woes only making matters more tense. However, the true appeal of the film is found within the potent twists and turns that ruin any hope that the audience may have for the characters.

Rare Exports is a Finnish fantasy horror dedicated to all things dark and humorous. After an archaeological expedition a deformed Santa is unearthed, but he is not the ‘man with the bag’ that everyone knows. Instead he is a beastly creature hellbent on torturing anyone who steps in his path. What truly makes Rare Exports protrude from the crowd is it’s blunt treatment of dark humour; it’s not afraid to make fun of itself and in turn creates an entertaining watch perfect for those dark winter nights. 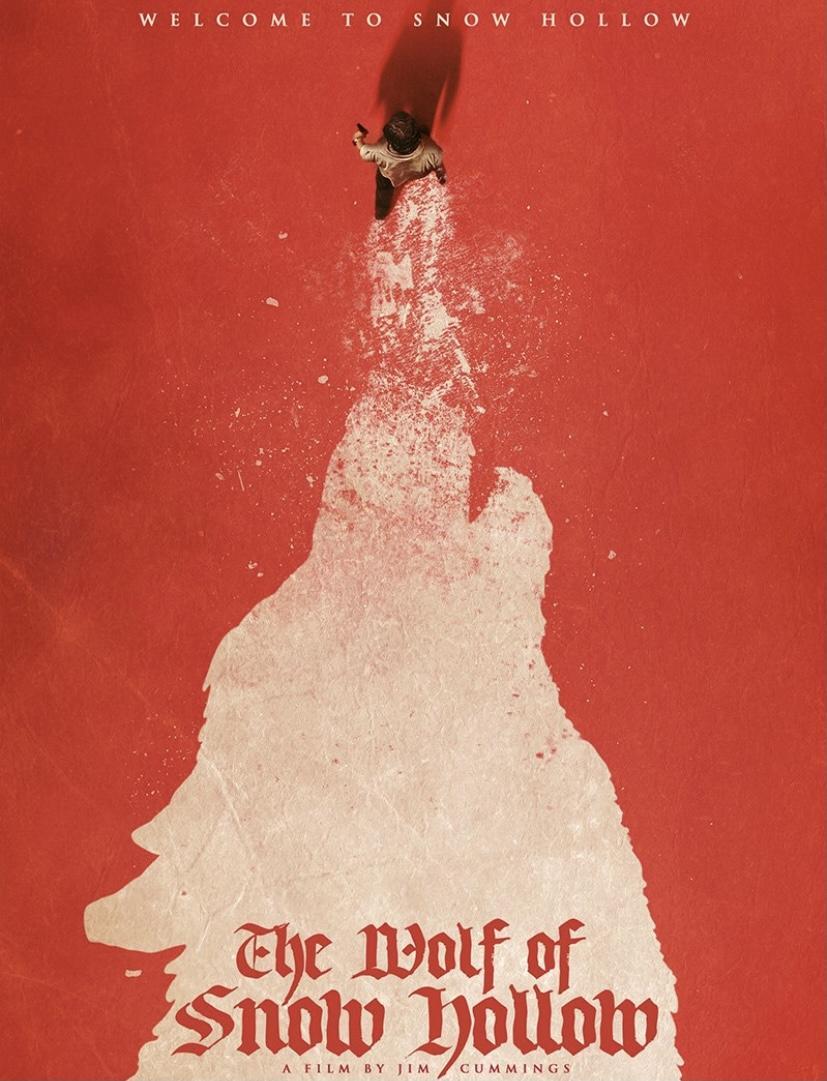 The Wolf of Snow Hollow is a werewolf story, with a heavy focus on characterisation. We primarily follow John Marshall (played by Cummings), a troubled officer focused on getting to the bottom of the town’s mysterious occurrences. The trials and tribulations of the local police forces effort’s deliver an array of twists and turns that stop the audience from ever becoming certain of a clear path. To top off Cummings impressive affairs, is the immense cinematography that beautifully captures the snow covered landscape.