Menu
No products in the basket.
£0.00 Basket

An interview with the Headless Horseman

An exciting creative team will resurrect the Headless Horseman and bring the Hollow to life, with jaw-dropping illusions by Filipe J. Carvalho (Back To The Future The Musical; Secret Cinema presents Stranger Things), design by Amy Watts, choreography by Chris Cuming, lighting by Jason Addison and sound design by Sam Glossop. Transforming the American Dream into the American Gothic, The Legend of Sleepy Hollow is a heart-pounding visual masterpiece revitalising the classic text for new audiences.

Q.  From campfire ghost stories to legends of haunted theatres, even Shakespeare himself didn’t shy away from the supernatural. Given that horror works so well in live performance and storytelling, why do you think the genre been so neglected on stage?

F: Just like comedy, creating horror live on stage is rather difficult and requires a specific set of skills. It is a very technical task and it needs a deep understanding of timing and psychology. This means it can be a risky genre to stage. For example, in a comedy show if a joke doesn’t land, everyone is aware of it and there is nowhere to hide. The same thing happens with horror. If you try to create a scary moment and it doesn’t deliver because it isn’t done correctly or the right “ingredients” haven’t been used, it’s evident to the audience that a moment was trying to be achieved but failed. There’s an expectation to be scared or tense at a horror show, and if you don’t achieve this the audience will leave disappointed. As if you’re staging a normal story, there are no preconceived expectations.

Q. SFX can be problematic when shooting for the screen, but ultimately any issues can (not without difficulty!) be resolved by a reshoot or in post-production. How do you approach creating SFX for a live audience?

F: As you say quite rightly, in live shows if something goes wrong you can’t go back and reshoot or digitally erase something that shouldn’t have happened.

The only thing we can do to make sure illusions or effects go as planned on a live show is to plan as much as possible far ahead, anticipating all thing that can go wrong, and then rehearse, rehearse, rehearse. And even then, things will go wrong at some point, but that’s the magic of live entertainment.

Q. Fear can invoke some erratic reactions in people. Have you ever had any peculiar behaviour from your audience?

F: My favourite reactions are the genuine involuntary screams and also when audience members physically can’t move because they are so scared. This especially happens in immersive experiences where audiences are left at their own devices to explore the performance area.

Q.  Horror, more than any other genre, requires building tension. How do you time the performance to not lose audience immersion during and after the intermission?

F: One the best ways to do that is to finish Act 1 with a strong twist or narrative interrogation mark, so audiences spend the majority of the interval talking what might happen in the Act II. Similar to what TV series do at the end of an episode, they end it in a way you can’t resist to watch the next episode to know the outcome.

Q. What scare techniques are unique to the stage that just wouldn’t be possible in cinema?

F: In terms of audio-visual techniques, there’s isn’t much we can do in theatre that movies can’t do, apart from having actors appearing in the stalls to scare the audience. Where live shows do have a big advantage over movies is in the fact audiences know that literally anything can be done in movies using CGI, making it harder to impress movie goers. On the other hand, if you’re sitting in a theatre watching a play or in a secret warehouse being part of an immersive show and you see a real person levitate in front of you and you have no idea how that is being done, now that’s impressive, and no one in the house can stay indifferent to that.

Q. How much does technology play in creating your theatrical illusions over practical effects and what are the advantages and drawbacks of both?

F: I personally love tech – always have done – but, as we know, sometimes tech can fail on us. I don’t start the creative process by deciding if I want to use tech or not. I start by deciding what illusion or visual effect I want to see for a specific moment of the script or storytelling. Once I have an idea of what I want to create, we explore different options of how the effect can be achieved. Usually, there is more than one way of achieving the same effect, and it will depend on all the other factors specific to that show that will make us decide what route is best. For example, for one of the shows we wanted to transform an animal puppet into a puff of confetti. I started developing a way to use electronics to remotely and secretly produce this confetti burst, but as the rehearsals developed and after workshopping different solutions we actually decided to use compressed air and valves, all mechanical with no electronics or wireless triggering, because it just didn’t need to be complicated. When I was a teenager, a mentor of mine used to tell me, always think KISS, “Keep It Simple, Stupid”, which usually tends to be the best approach – although it’s very tempting to complicate things sometimes.

Q. Horror is a popular theme with immersive entertainment such as Secret Cinema. What sort of effect do you think this will have on the genre in Theatre?

F: I’ve actually worked with Secret Cinema! The last project I did with them was Stranger Things, which was an incredible show. Immersive theatre lends itself perfectly for horror shows as there is no separation between stage and audience. The audience is on stage and are usually part of the action themselves. This removes that comfort and security you feel when you’re sitting in a theatre, as anything can happen around you.

I don’t think horror being popular in immersive shows is going to affect horror in theatre plays, but I definitely think the fact immersive entertainment is becoming exponentially more popular will influence and encourage traditional theatre shows to up their game and try to incorporate more immersive elements.

Q. What genre story would you like to bring to stage most?

F: My favourites are horror and of course anything with a magical theme. I think Casper The Friendly Ghost would be a great show.

For more information about the stage adaptation of Legend of Sleepy Hollow go to https://www.tiltedwigproductions.com/thelegendofsleepyhollow 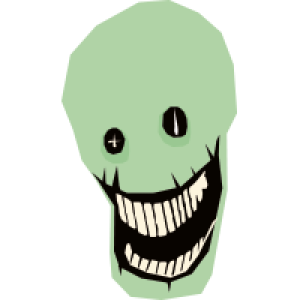 Rocking it with Willow the Whisp and Black Chuck out in the misty marshy fens.

Dead Northern reviews the greatly anticipated fifth instalment in the slasher film series below. There

In no particular order here is our favourite films of 2021, from film festival premieres

Submit Your film to Dead Northern 2022

Do you have a short or Feature Horror or Fantasy Film? Dead Northern is now open film Submissions for our 2022 Festival

Want to be the first to hear about our latest events? Have first chance for tickets? Get insider offers and discounts for our shop? Then you need to sign up to the Dead Northern Newsletter!